Portland International Rose Test Garden Guide – Affectionately
known as the City of Roses, it’s no surprise that Portland has one of the most
stunning rose gardens in the country.  The International Rose Test Garden
is a sight to behold, and this garden is one of the most popular places in the
city for visitors and locals alike.  The International Rose Test Garden is a
huge rose garden located in Washington Park in Portland, Oregon. There are over 7,000 rose plants of approximately 550 varieties. The roses bloom from April through October with the peak
bloom time typically in June.  New rose cultivars are continually sent to the garden from many parts of the world and are tested for color, fragrance, disease resistance and other attributes. It is the oldest continuously operating public rose test garden in the United States and exemplifies Portland’s nickname of the City of Roses.
(Wikipedia)

The International Rose Test Garden has 4.5 acres (18,000 m2) in several tiers facing downtown Portland, the Willamette River and East Portland.
Not only are the rose beds stunning, but the location of the garden offers
panoramic views of the Portland skyline with the Cascades and Mt. Hood as a
backdrop on a clear day.  Located in the amazing Washington Park, there
are plenty of things to see and do nearby. 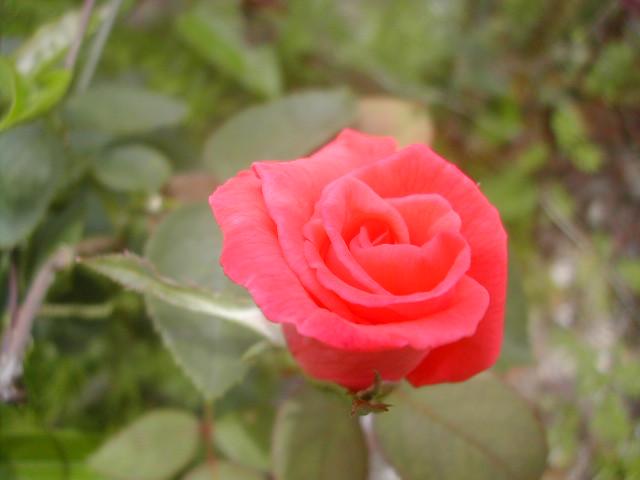 From the City of Portland, Parks
Website, International Rose test Garden Page: Portland has long had a love affair with roses. In 1888, Georgiana Burton Pittock, wife of pioneer publisher Henry Pittock, invited her friends and neighbors to exhibit their roses in a tent set up in her garden; thus the Portland Rose Society was established. The rose Mme. Caroline Testout was introduced by Pernet-Ducher in 1890, and Portlanders began to plant it on their curbs. By 1905 Portland had 200 miles of rose-bordered streets which helped attract visitors to the Lewis and Clark Centennial celebration. Portland came to be known as the ‘City of Roses.’

In 1915 Jesse A. Currey, rose hobbyist and Sunday editor of the Oregon Journal, convinced city officials to institute a rose test garden to serve as a safe haven during World War I for hybrid roses grown in Europe. Rose lovers feared that these unique plants would be destroyed in the bombings. Portland was fortunate in having a group of civic-minded citizens whose efforts led to the establishment of the International Rose Test Garden in 1917. Hybridists sent roses from many countries and the new rose test garden was an immediate success. Currey was appointed as the garden’s first rose curator and served in that capacity until his death in 1927.

(Source: Wikipedia.com): In 1917 a group of Portland nurserymen came up with the idea for an American rose test garden. Portland had an enthusiastic group of volunteers and 20 miles of rose bordered streets, largely from the 1905 Lewis & Clark Exposition. Portland was already dubbed “The City of Roses” so this was leveraged to enhance the reputation. Between Portland Parks and Recreation and the American Rose Society, the garden soon became a reality.

The Rose Garden amphitheater hosts many events throughout the year, predominantly classical music concerts and a few plays. During good weather the amphitheater is popular with picnickers and people throwing the disc around. The Queens Walk is a brick walkway at the side of the garden with a bronze star honoring each Rose Festival queen since 1907.

The Shakespeare Garden originally contained botanicals mentioned in the works of William Shakespeare. This was later modified to include fewer sun-loving plants due to the copious shade provided by the surrounding trees. There is a formal walkway, raised sitting area, and immaculately tended flora. The rose varieties are named after characters in his plays. It is popular for special occasions, particularly small weddings.

The Gold Medal Garden is a formal garden with award winning roses, walkways, a central fountain, and a gazebo. It is also a frequent site for weddings.

The Royal Rosarian Garden has paid tribute since 1924 to the goodwill ambassadors and official greeters who serve in the many Rose Festival events. As each rosarian is knighted, they adopt a rose variety as their namesake. A rose is planted in this garden for each of the highest ranking Rosarian Prime Ministers. This garden-within-a-garden contains many roses which are no longer commercially available.

The Miniature Rose Garden is one of only six such testing grounds for the American Rose Society. The elevated beds at the entrance are popular for their unique varieties.
A panoramic view of the International Rose Test Garden

The Rose Garden Store opened May 1, 2000 to provide guest services.

The roses and other plantings are tended by one year-round gardenertwo during the summerand many volunteers. Approximately 500 hours are volunteered yearly by local enthusiasts.

Weekly Tours
From June 2 through September 19, free tours of the rose garden are led by
trained volunteers at 11:30 AM on Tuesdays and 1:00 PM on Saturdays &
Sundays. Meet at the sign outside the Rose Garden Store. Donations gladly
accepted.

Tour Groups
Guided tours for groups of 10 or more are available during the year for a
nominal fee per person. Call 503-823-3664 to make arrangements.

We hope you enjoy your visit to the city of Roses and to the Portland International Rose
Test Garden.  If you have photos of the Portland Rose Garden you’d like to share, please contact us or
post them on the Portland photo gallery.