The Powellhurst-Gilbert neighborhood is located in East Portland. It is bordered by the South Tabor, Montavilla, Hazelwood, Mill Park, Centennial, Pleasant Valley, and Lents neighborhoods. 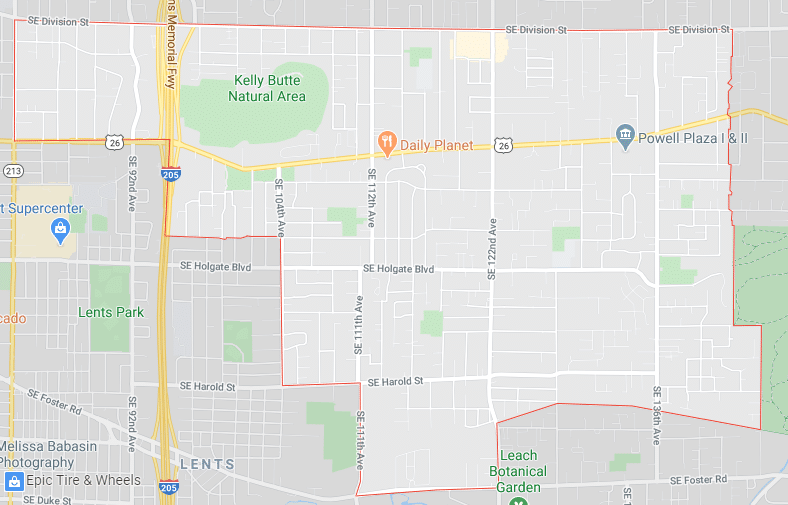 Features of the Powellhurst-Gilbert Neighborhood

This area is a nice mix of residential living, while located near major roadways such as Holgate and Division for accessibility for commuting, shopping, and other amenities. Neighbors enjoy family and community events in the nearby parks and community gardens.

Due to rising rent costs in Downtown Chinatown, many Asian-American residents chose to move eastward during the late 90s and early 2000s. One of the best areas was around 82nd avenue, as it was underdeveloped and much more affordable. Over the last 20 years or so, this area has become known as the Jade District, due to its high concentration of Asian-American residents, shops, and restaurants. The stretch of 82nd from Foster to Division is full of these places, which represent most of Southeast Asia, including China, Vietnam, and Cambodia.

In 2011, the city of Portland named the Jade District as one of its neighborhood prosperity initiatives (NPIs), and the area is managed by the Asian Pacific American Network of Oregon (APANO). In recent years, shopping centers like Fubonn and Shun Fat Supermarket have become hotspots in the area, and more Asian-owned businesses continue to come to the district.

Because this neighborhood encompasses so much territory, there are quite a few businesses to check out within its borders. The highest concentration of restaurants and shops is along 82nd ave, although Division st and Powell blvd are also hotspots. Since Powellhurst-Gilbert encompasses much of the Jade District, you can find many Asian-American markets and restaurants. Here are a few of the highlights you can find. 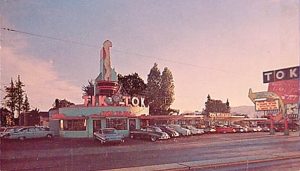 If you were in Portland in the 40s through the 70s, then you might be familiar with Tik-Tok in its original location on the corner of Sandy blvd and Burnside ave. From 1938 to 1971, this drive-in eatery served Portlanders of all ages, thanks to its unique offering – 24-hour service. At the time, most restaurants weren’t open during the late hours of the night, but Tik-Tok was always ready for customers.

Due to an economic downturn in the 70s, the restaurant had to move locations and traded Burnside for 82nd. Although the building isn’t as noticeable as the original, it still serves classic American food in a down-home setting. Tik-Tok is best for breakfast, where you can get steak and eggs, a wide array of omelets, or pancakes and waffles. However, if breakfast isn’t your thing, the place serves delicious sandwiches, burgers, pasta, and pies. You can’t forget a slice of pie before you leave.

Interestingly, Tik-Tok has two locations, both of which are practically within the same neighborhood. Technically, the one on Division is part of the Mill Park Neighborhood, but considering that it’s right on the border, we’ll count it here. 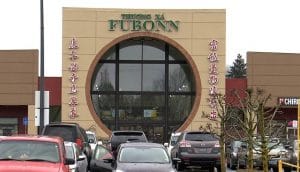 If you drive along 82nd ave, you’ll notice several Asian marketplaces along the way. However, while they all provide similar foods and groceries, none of them are quite as large or immersive as Fubonn. Billed as the largest Asian market in Oregon, Fubonn is so much more than a grocery store. It contains multiple retailers, including a boba tea stand, jeweler, nail shop, and multiple restaurants. Theoretically, you could spend all day here and always have something new to do.

Currently, Fubonn has 28 different stores within the marketplace, including a small strip mall section detached from the main building. Be sure to explore them all, as they each have a unique story to tell. Also, if you’re ever in the mood for excellent Asian food, this is the place to be. From sushi to tofu BBQ to pork buns, Fubonn has it all. 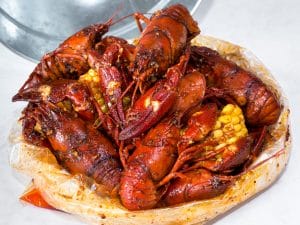 Located within the Fubonn Shopping Center, Rockin Crab and Cafe is one of the best places in Portland to get an authentic seafood boil. There are only a few restaurants in the city that offer such delectable food options, and the Rockin Crab is excellent. In addition to cajun boils, the place also serves Taiwanese hot pot meals.

Seafood lovers will rejoice when they see the menu here. The range of options includes Dungeness crab, snow crab, king crab, lobster tails, crawfish, clams, and shrimp. When ordering a seafood boil, be sure to plan accordingly, as it can get quite messy. This is not a meal where you can check your phone in the middle – you have to focus on your food until you’re finished. 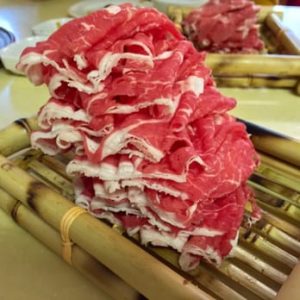 There are several varieties of hot pot meals, but one of the best is the Chinese style. This version is similar to Korean BBQ, as you cook your food on the table in a hot pot, which makes the dining experience even more enjoyable. There are two sides of broth – one vegetarian and one for meats. You cook a variety of items, including meats, seafood, veggies, and noodles. According to the owners, this is the only authentic Chinese hot pot restaurant in the city.

One of the specialties at Beijing Hot Pot is the dumpling. They make several kinds of dumplings in-house, and they are all fantastic. The chefs also make all of the hot pot noodles from scratch, which delivers an even better flavor and texture for your meal. For best results, we recommend gathering the family or a group of friends to share a hot pot together. This cooking style works best in a community setting. 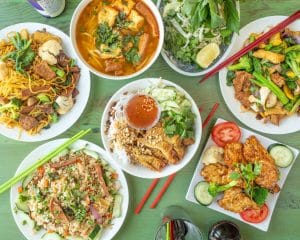 As most Portlanders know, the city is a haven for vegetarians and vegans. There are so many restaurants that offer meat-free dishes that you don’t have to sacrifice flavor to eat healthily. For those in the mood for Asian dishes, Van Hanh is one of the best options. Here you can find vegan versions of all the top meals, including orange “chicken,” pad Thai, steamed buns, and Banh Mi sandwiches. Most of these dishes use bean sprouts, tofu, and mung bean to replicate the flavors and textures of meat, but you’d be hard-pressed to tell the difference. With such a far-reaching menu, you can come here day after day and get something new to eat. The flavors and seasonings are good enough that even meat lovers might decide to go vegan. 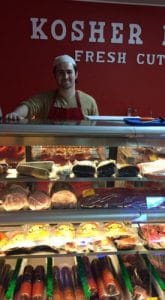 When it comes to ethnic grocery markets in Portland, it’s not hard to find ones that specialize in German or Asian cuisine. There are even a few that focus on Indian staples. However, if you’re trying to get food from Eastern Europe or Russia, you’ll have to make a trip to the Powellhurst-Gilbert neighborhood. For over 18 years, the Roman Russian Market on Division has become the premier destination for both residents and expats looking for a taste of home.

Although the market is small, it has a diverse selection of foods. Here you can find the usual staples, such as bread, meats, cheeses, and fresh vegetables. However, be sure to browse the aisles for European snacks and treats that you can’t find anywhere else. We also recommend checking out the bakery section, as the pastries here are incredible. There’s always something new to discover here.

This neighborhood has an abundance of green spaces, with one of the highest concentrations of city parks and natural areas in the city. Powellhurst-Gilbert also borders Powell Butte Park, which offers incredible views of the area. Residents and families can take advantage of all that these parks have to offer, including picnic areas, playgrounds, community gardens, and hiking trails.

This area is friendly, with a great mix of suburban and urban areas. With so many parks in the neighborhood, there are plenty of open spaces for children to play around and have fun. The west half of the neighborhood has a strong commercial Asian business section, which adds a diverse flair to the area.

Since this is an East Portland neighborhood, many of the homes here are single-story and ranch-style. There are a few multi-story units, including split homes with multiple tenants.