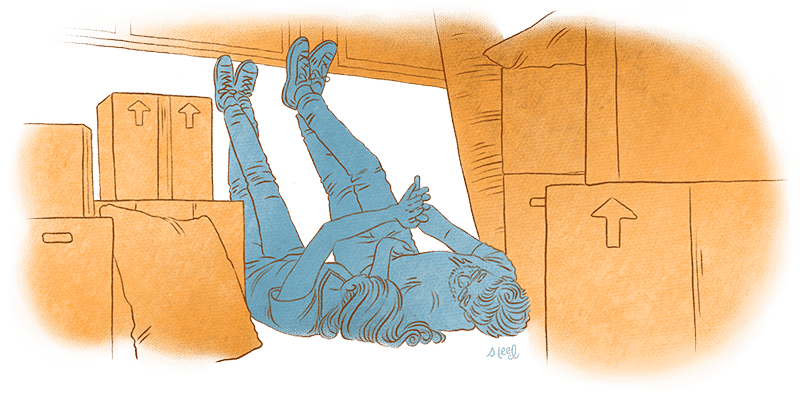 Many people consider moving to Portland Oregon, and with good reason. You’ve researched the area and found that you love the close proximity to the Oregon coast, Mt Hood, St Helens, the seemingly endless acres of forest for hiking, camping and fishing. Or perhaps you’ve fallen in love with us after discovering that we are as green as they come; setting the national bar for bicycle commuting in lieu of cars, that we are recognized as innovators of revolutionary recycling programs, you’ve heard how we demand sustainability and organic meats and produce. Or, perhaps you’ve longed to move to Portland to join the masses known for being fiercely independent, home of the nation’s largest open air market, jokingly dubbed Beervana for our seemingly never-ending stream of local Oregon breweries and also one of the best places in the United States to get a cup of coffee.

We count farmers markets like other cities count Taco Bell, Denny’s or Safeway. We’ve got a plethora of independent performance theaters and even movie houses that serve beer and homemade pizza. We’ll not sleep until Wal-Mart has been foiled in their bid to open shop near a lovely river neighborhood. We say we shop local and we mean it. In fact, you’ll find that our Portland neighborhoods are chock full with the pioneering, innovative strength of independent artists and businesses, thriving and supporting one another.

You’ll be happy to know that moving to Portland, Oregon means an easy commute. We boast a mass transit system that larger cities could only hope for, a small town feel in a big, but not too big city, restaurants that find fame on the review pages of New York and Los Angeles esteemed publications and more. What’s not to love? here to help prepare you either for your move to Portland or to help you settle into your new home. We want to prepare you as much as humanly possible for a move to our lovely city. Want to start a community garden? You’ll be at home here. Do you love dogs, beer, wine, art and outdoorsy stuff in general? Take your coat off and stay awhile: we think you’re at home already!

Thinking of moving to Portland, Oregon? What is Portland really like?

You’re moving to Portland Oregon and you have a ton of questions which is par for the course. Let us help, but please understand this is not a scientific answer–there is no way to truly define Portland and let us tell you why. When you get here, you will do your own part to define Portland and we don’t know enough about you yet! It might be easier to talk about the various Portland stereotypes and tell you if they apply:

Does a bear…uh, yes. It rains a lot here. A lot. If you are moving to Portland Oregon it is imperative that you know there will be long periods for which you will not see the sun. Between November and April we normally don’t go even one day without rain. Some reports say Portland has rain approximately 155 days per year. Let us clarify though, this is the type of rain we call “The Smattering”. It’s raining but it’s really just wet: this is not a downpour. It’s kind of like someone has turned on the faucet and forgot to turn it off all the way; drip, drip, drip–that kind of rain.

Portland Hippies and the other Variation We Call Hipsters

We do seem to have an abundance of hippies and hipsters and we think we’re better for it! As some people have joked, Portland might be one of the only places where your suit-sporting CFO does yoga and plays the mandolin on his/her lunch hour! We also have a huge mass of folks who are into urban gardening, raising chickens (in the city), fiercely support their local co-ops, collect rainwater, compost and are hell-bent on recycling everything humanly possible. Is that hippy or is that just smart? You decide. Moving to Portland Oregon means you’ll find a relaxed “come as you are” lifestyle that really grows on you.

Not only is it green here year round, but we pretty much embody “eco-friendly”. The City of Portland has a program that promotes green building as a standard of development. Our best Portland realtors are certified Eco-Brokers.  Portland ranks at the very top of the nation (is that first or second?) in LEED (Leadership in Energy and Environmental Design) developments. Not only does Portland believe strongly in sustainability but the city offers incentives to those who do. It’s not uncommon to see turn of the (last) century homes with solar panels. Most Portlanders eschew cars wherever possible, preferring to embrace bicycle commuting (we are also, ahem, as of 2007, ranked number one in the nation for bike commuting to work). Yeah, we might be a little green and that definitely ain’t bad. If you are moving to Portland Oregon don’t forget to bring your bicycle.

Moving to Portland Oregon doesn’t mean a lack of culture, including fantastic art. We have dozens of art galleries spread across the city. So many galleries, in fact, that Portlanders find great fun in thinking of new ways to experience them. We’ve got First Thursday in the Pearl District, Last Thursday in Alberta Arts, art crawls customized to take you here and there (from brewery to gallery and beyond) and much, much more. We celebrate art here–with a vengeance!

If you are moving to Portland Oregon you need to understand that we are different here. There is a reason that Portland makes headlines for fire-bombing a newly opened Starbucks and storming the city gates demanding Wal-Mart pack their bags and G-O! There is a huge movement here (or is it simply a way of life?) to embrace the locally owned Portland businesses. Restaurants will proudly tell you that they “bought local” meats and veggies, as will your locally owned and operated groceries. We have organizations that exist to promote the locally owned businesses by educating Portlanders on the benefits of shopping local.

Think about it: bolster your own economy, keep jobs local/grow jobs at home, support your community, conserve your hard earned tax dollars–What’s not to love about a big city with a small town feel?

The west coast is the center stage for what is known as third wave specialty coffee. With respect to Seattle and San Francisco, Portland could be considered the premier city in showcasing some of the best coffees in the world. You read that right–the world. As such, we have hundreds of coffee shops here in Portland. You can drink a cup of coffee at one shop and watch another one open across the street. Well, not quite but very close. But in terms of amazing quality, the kind of quality that is revered and has a massive underground, cult-following–well, we are home to some American coffee icons; those who are globally famous for either roasting their own amazing blend or making the best damn cup of coffee ever. It is not uncommon to read about our very own Portland coffee scene in the New York Times. People outside of Portland often seem surprised that coffee is such a way of life here. Well, it is. If you’re moving to Portland Oregon and you love coffee, there is little doubt you’ll become enchanted by our coffee culture as well.

Moving to Portland Oregon is like moving to the beer capital of the universe. We are hands down world-famous for our microbrews and also home to the Oregon Brewers Festival which is internationally famous and well, you know- not a big deal really, but is, uh, just the largest beer festival in North America. We’re unsure as to who is more insanely dedicated- the beer enthusiast or the coffee enthusiast. We’re just lucky one is served in the morning and another is served, eh, later in the day (imagine the brawls, will ya?).

And Last but Certainly not Least, Oregon Wine

It may come as a surprise to you to discover that Oregon is globally famous for our wines. Oregon boasts over 300 wineries and 500 vineyards across the state. A day trip to wine country is exquisite and beautiful and quite simply cannot be missed.

There are definitely a million or so more reasons why we think moving to Portland Oregon could be the best thing you’ve ever done. Lets put it this way: Portland is unparalleled.

Moving to Portland: Where the Neighborhood is King

You might meet someone new, ask where they live and they will proudly tell you: “I live in the Piedmont neighborhood” or “I live right over by Center and South Tabor”. You’ll come to understand that neighborhood pride runs rampant here as folks tend to personally identify with the neighborhood they call home. If you’re moving to Portland, know this: there is a strong sense of Portland community regardless of which Portland neighborhood you settle in. Hence the reason we must call out the neighborhoods in the very beginning of your Portland journey. It takes most new folks quite a bit of time to discover the magical differences between (and even the existence of!) neighborhoods such as Alberta Arts, Belmont, Boise, Hawthorne, Clinton, and South Tabor for examples. Some of these neighborhoods are wholly self-sustaining urban villages where the locals wouldn’t have to wander out as they don’t need to. Let’s do a quick tour of the most popular Portland neighborhoods to get you acquainted: